Depending on the orientation of the various atoms, there are different bond units for each type of bond. It's not a perfect system yet because there are a few things DofT hasn't quite worked out completely but he's worked out enough to get a fairly accurate representation of many molecules.

He has a few different designs for sigma bonds - the first and most common starts with a 4:1 ratio rectangle where the long side has the same dimension as the starting square for the basic atom unit. three of these are used to attach an atom to its neighbor.

The other varients - used when pi bonds are present or when an atom needs to be slightly rotated to get another bond point in the right position - starts with a square in which the edge is half the length of the edge of the square for the atom unit. Three are used for a single bond to a neighboring moldecule, and four are used in a double or triple bond where pi bonds are present.

Pi bonds also start with the same 4:1 ratio rectangle but have a different folding sequence. Four units are used for each pi bond. Pi bonds are curious in that, because of the quantum nature of electrons, one bond actually appears in two places, which DofT tries to accurately represent in his models. 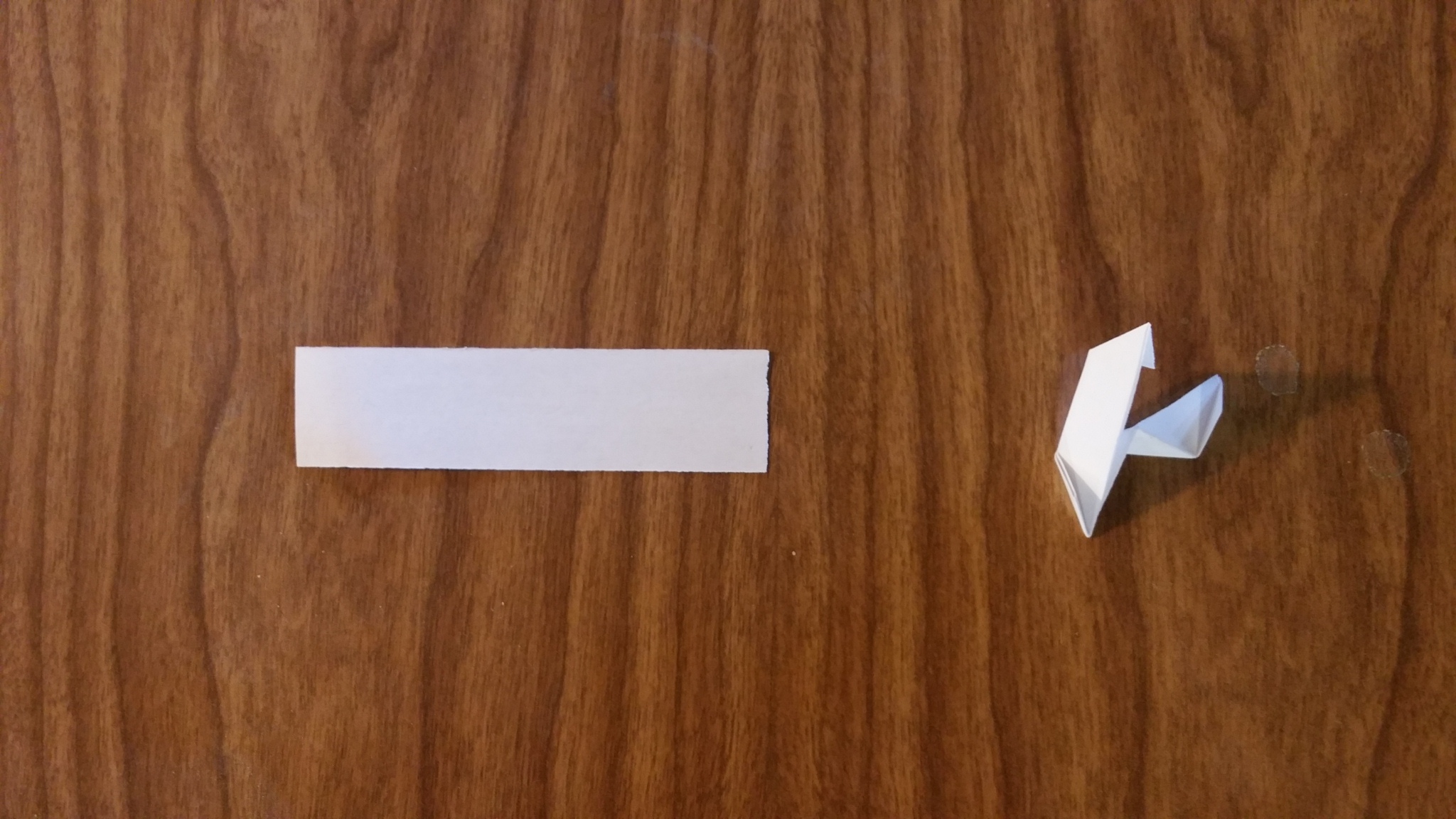 This is the first sigma bond unit. Three of these attach two atoms point to point, rotated about 60° with respect to each other. 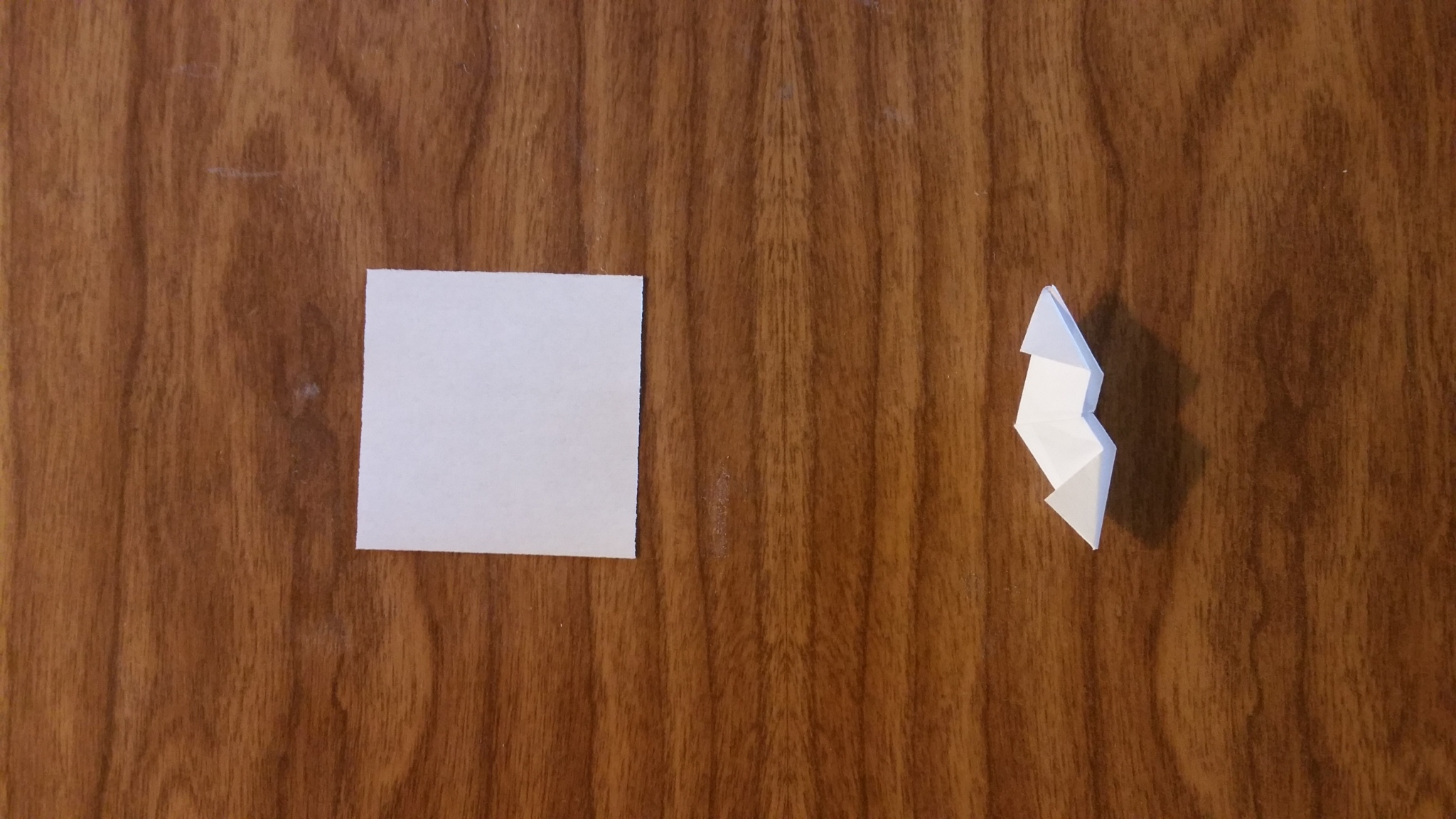 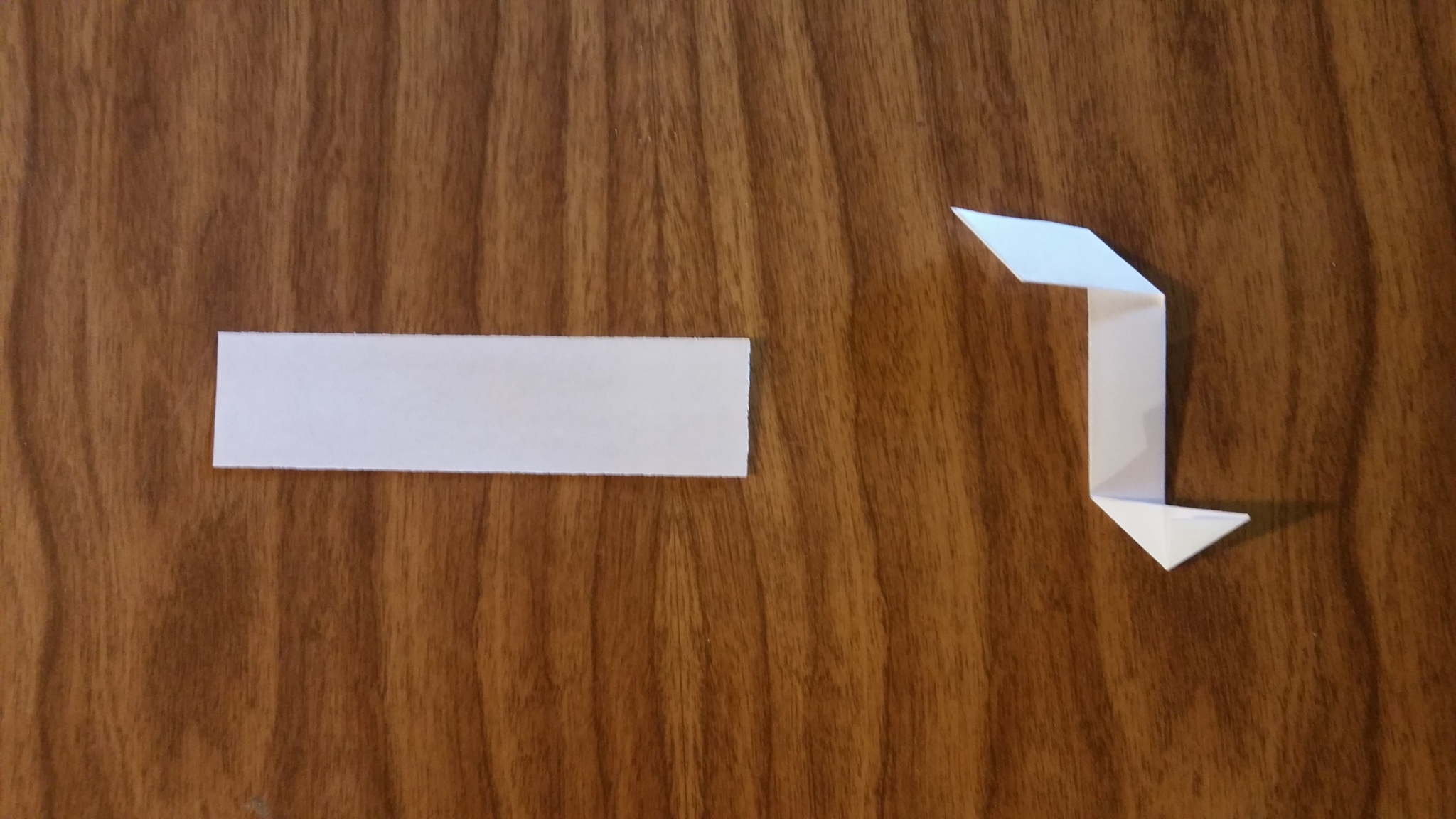 This is the pi bond unit. Four of these make up a single pi bond by connecting two pairs of points of two molecules with a sigma bond on the face in between them.