This is a collection of some of the things DofT has folded over the years and other things he's come across. 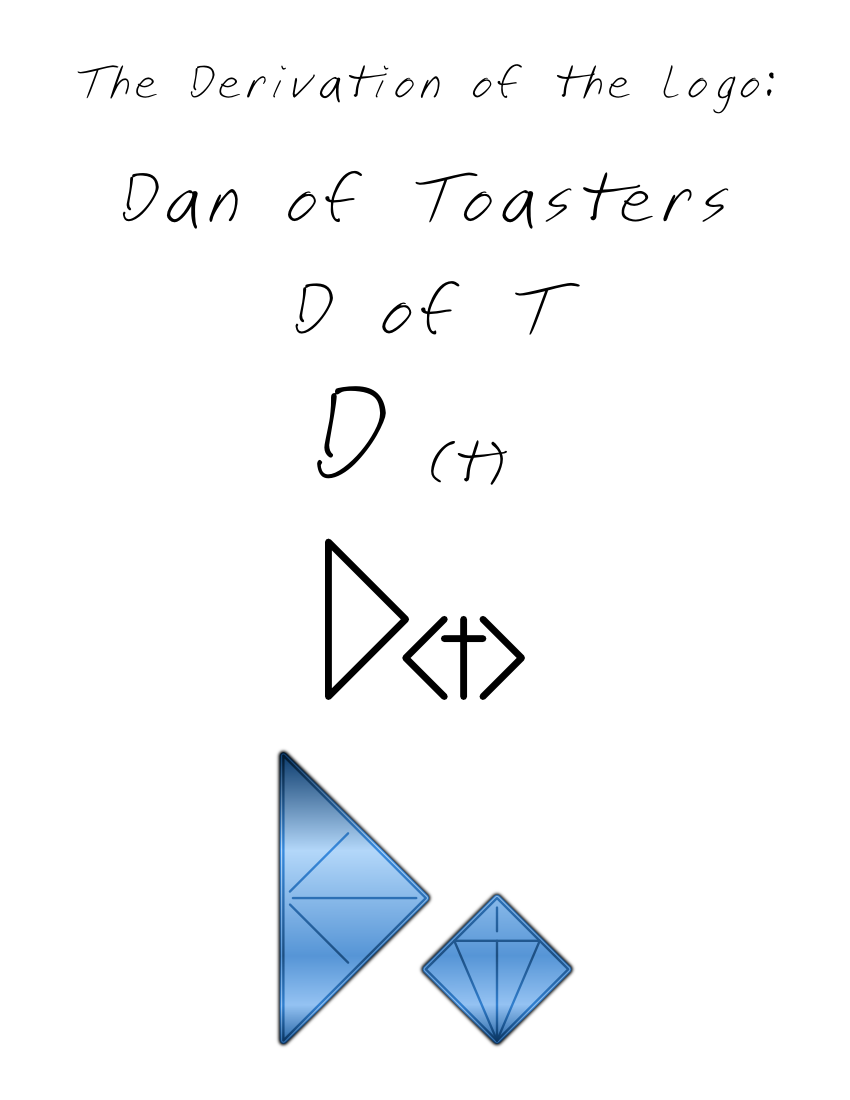 Back in the early 2000's DofT decided it would be fun to make a logo for homself and all of his online activities. He wanted a logo that somehow incorporated origami and "D of T". This is more or less how he got from Dan of Toasters to the form you see here. 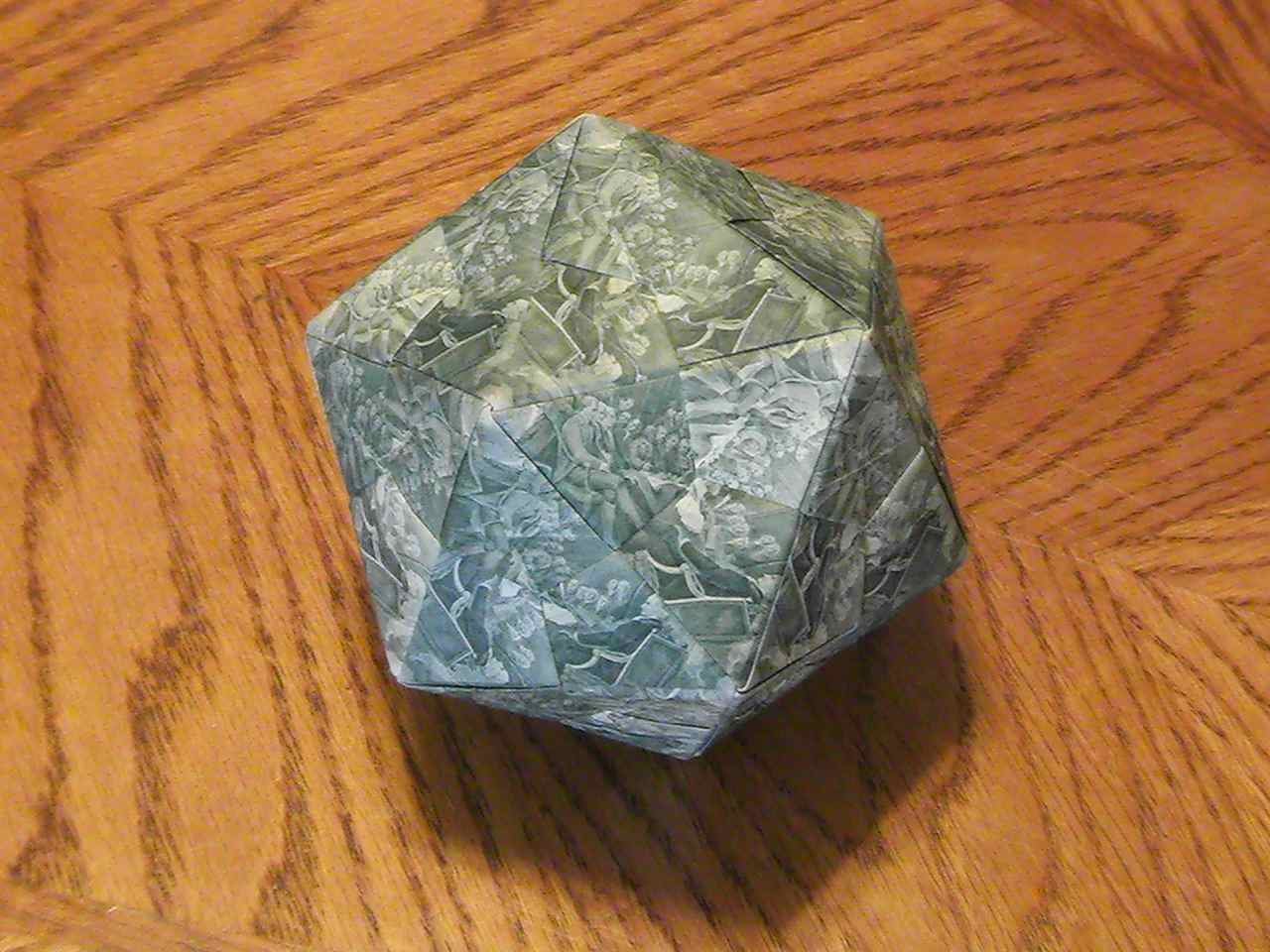 This is an icosahedron (20 sided) folded using 30 triangle edge modules folded from $2 bills. 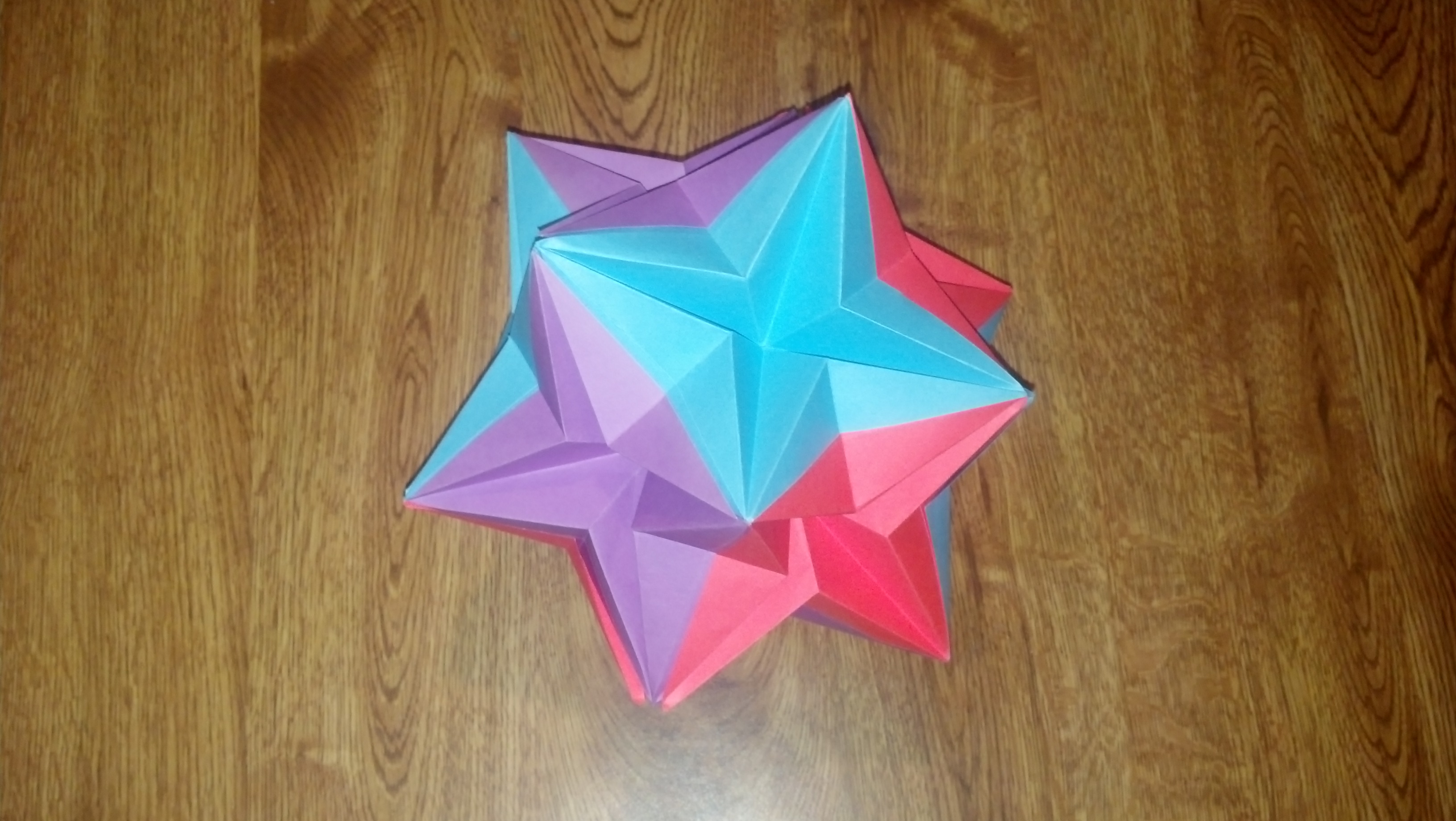 This is one of DofT's first original designs. It's made from 6 squares and is satisfyingly squishy. At some point he's going to post inctructions for this. 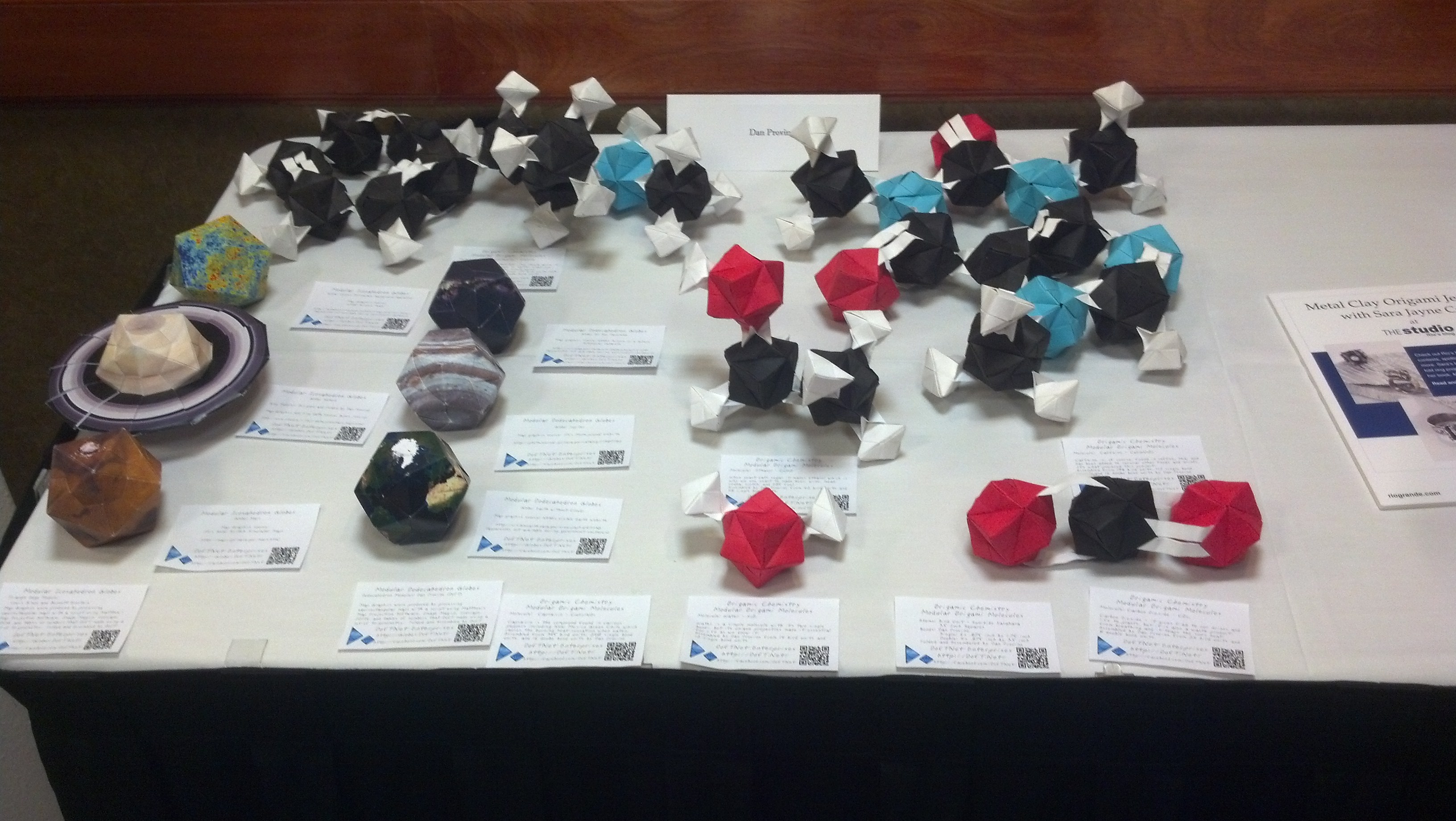 Back in 2013, OrigamiUSA held it's Pacific Coast Origami Convention in Albuquerque... Not that Albuquerque is anywhere near the Pacific coast, but hey.. it was local to DofT so he decided to attend and displayed a selection of his origami globes and origami molecules.

You can download and print kits for the various globes over on the globes page, and if you're interested in building your own molecules, DofT has finally started populating the Origamic Chemistry page with some actual instructions. 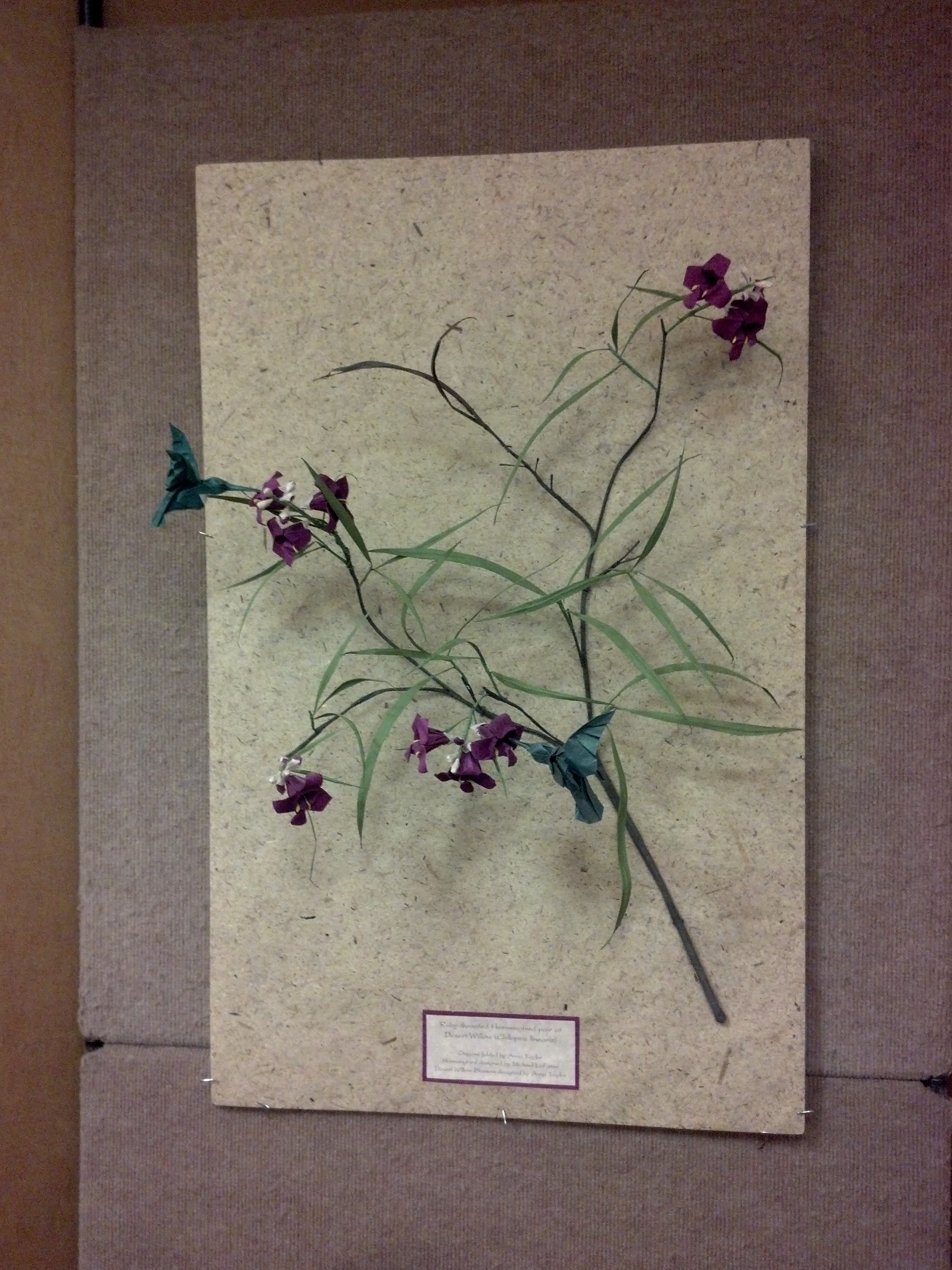 This was also taken during the Pacific Coast Origami Convention in 2013. He really needs to see if he can find out who folded this for proper attribution. 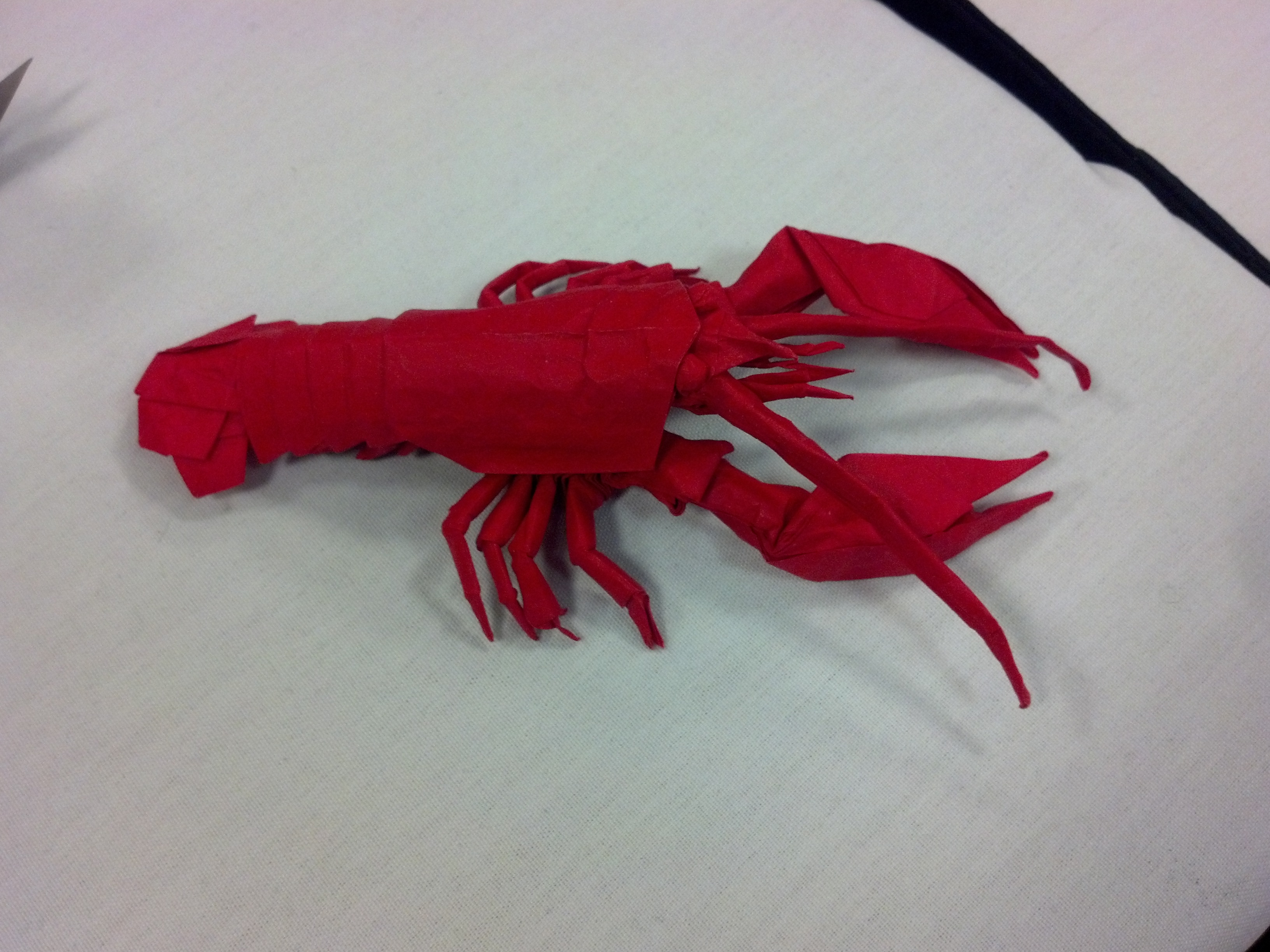 This was one of DofT's favorite models on display at the 2013 Pacific Coast Origami Convention. This is another model for which he's lost some of the information on so he'll try to dig it up to provide proper attribution as well. 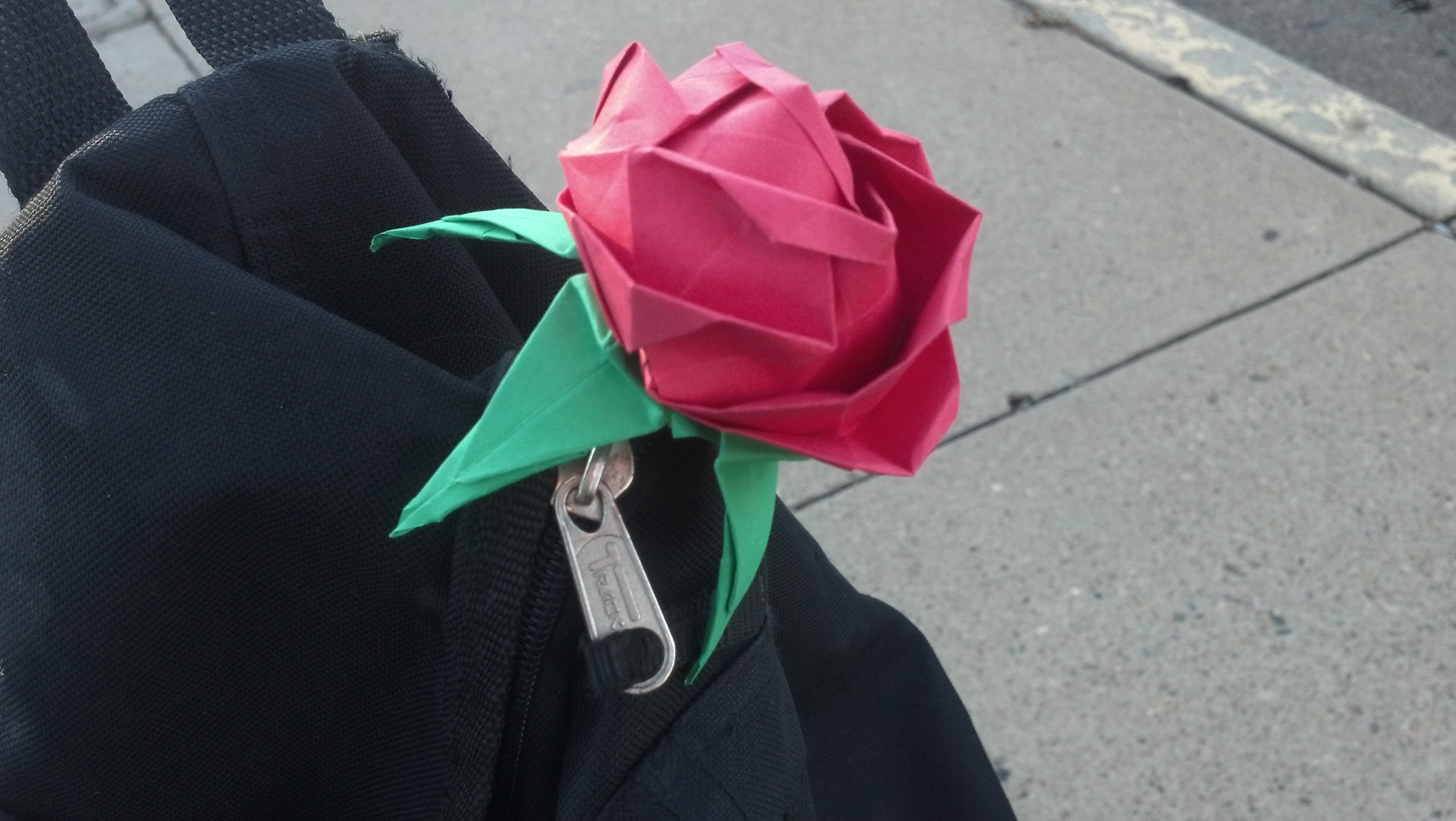 DofT has had a thing for roses for a long time. It's one of the main reasons he started the origami site. This is a modified Kawasaki rose with DofT's calyx and stem stuck into a backpack that he folded while riding the bus to work several years ago. He was riding the bus because his car had decided to not work, but on the upside, since he wasn't driving, he had time to do origami. 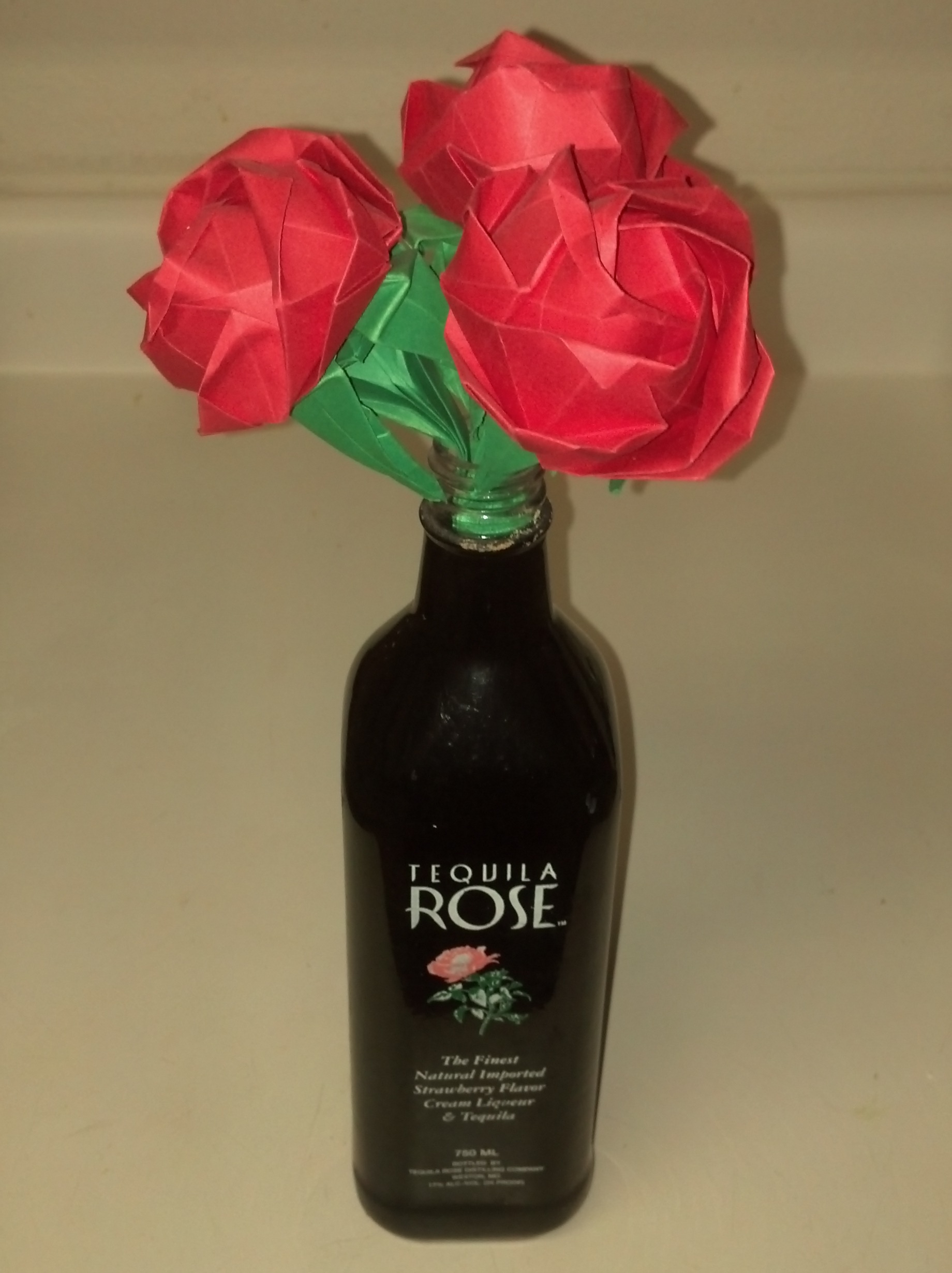 Tequila Rose is a strawberry flavored cream liqueur that DofT sometimes enjoys. These days, it comes in plastic bottles, but he managed to save one of the glass bottles that it used to come in years ago and he keeps it above his fireplace as a perfect vase for his origami roses. 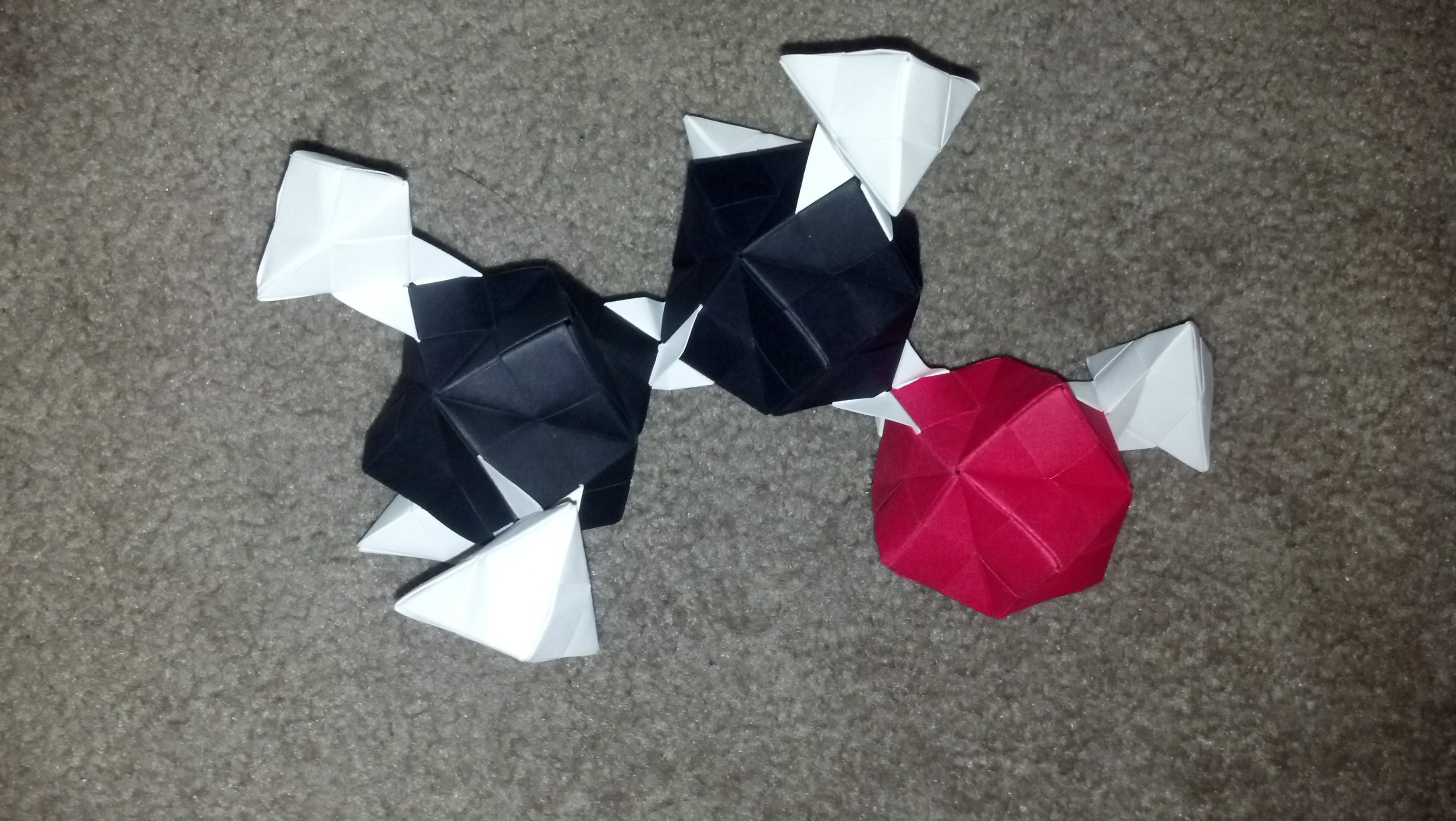 This is one of the first origami molecules that DofT made as part of his Origamic Chemistry project. CH3CH2OH - Ethanol! Because beer helps creativity, of course. 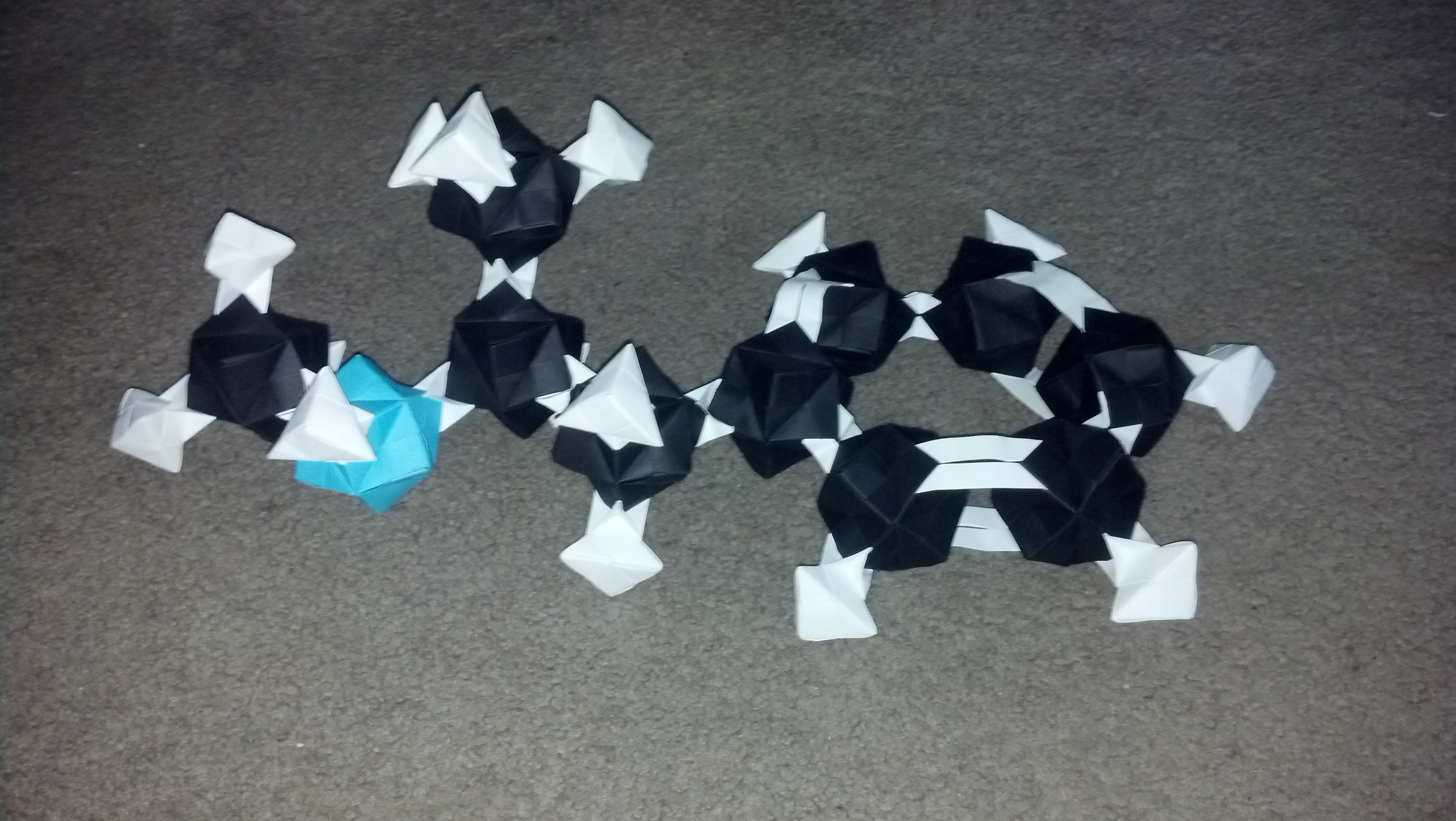 After binging on Breaking Bad, DofT felt like his next origami molecule should be methamphetamine. He does live in Albuquerque, after all. 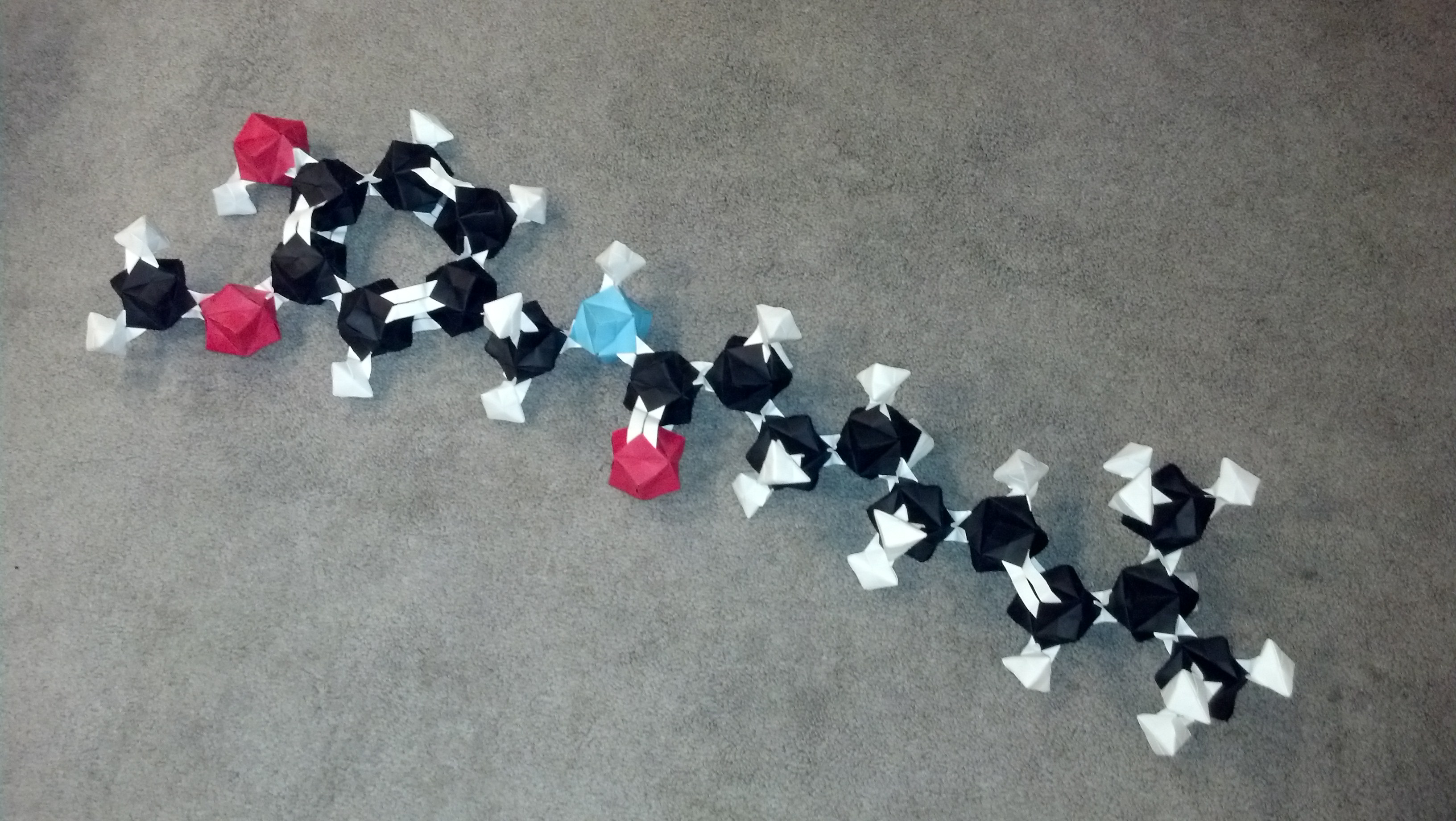 One thing that DofT's home state of New Mexico is well known for is our chile. We put green chile on everything. Seriously. And besides it's fantastic flavor, chile is, of course, known for it's heat. This is DofT's Origamic Chemistry rendering of capsaicin - the stuff that gives chile it's burn. 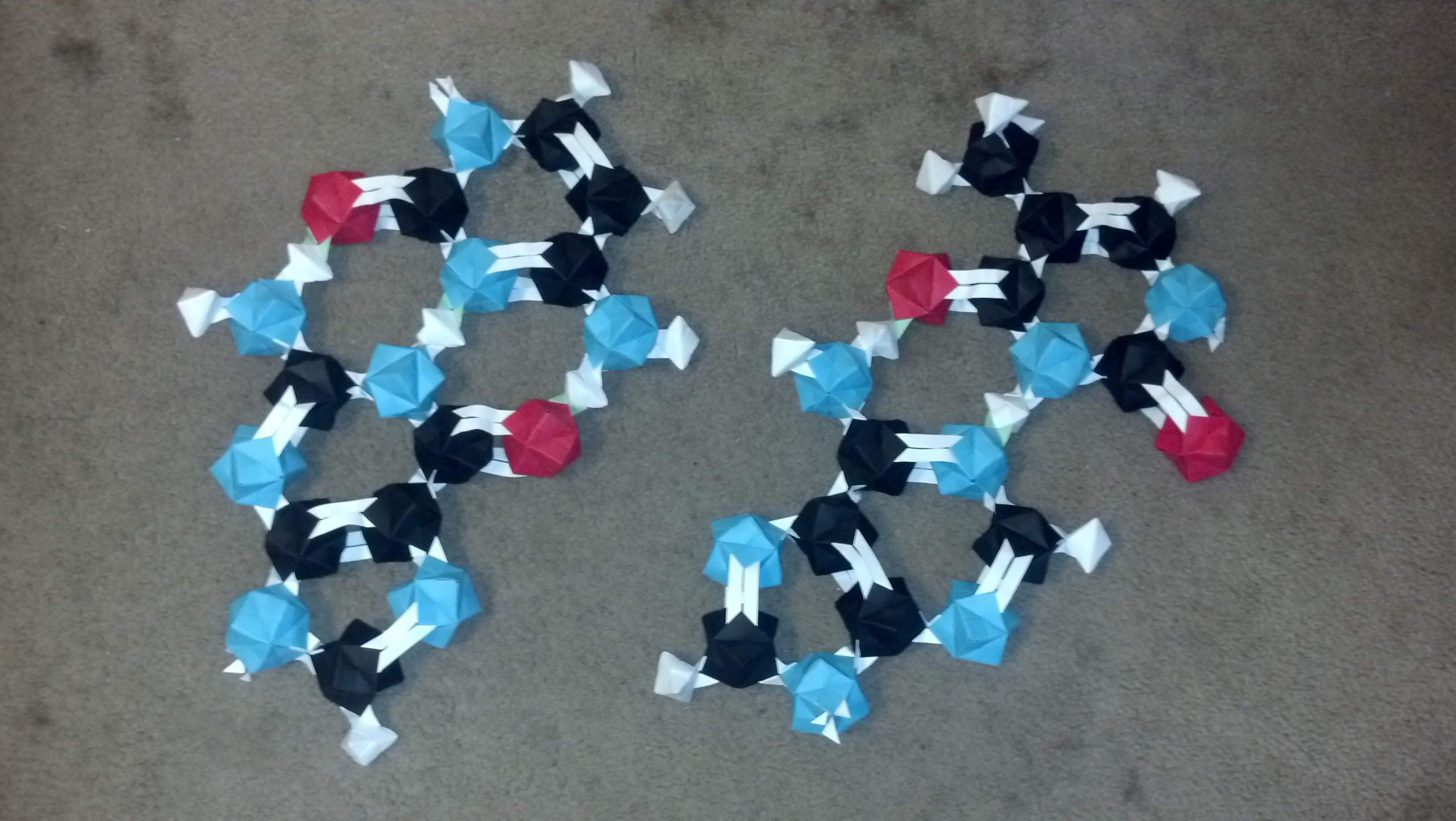 These are the base pairs of DofT's Origami DNA progect - On the left are Cytosine (top) and Guanine (bottom) and on the right are Tymine (top) and Adenine (bottom). These will be tied together with the the sugar and phosphate molecules - the next two photos 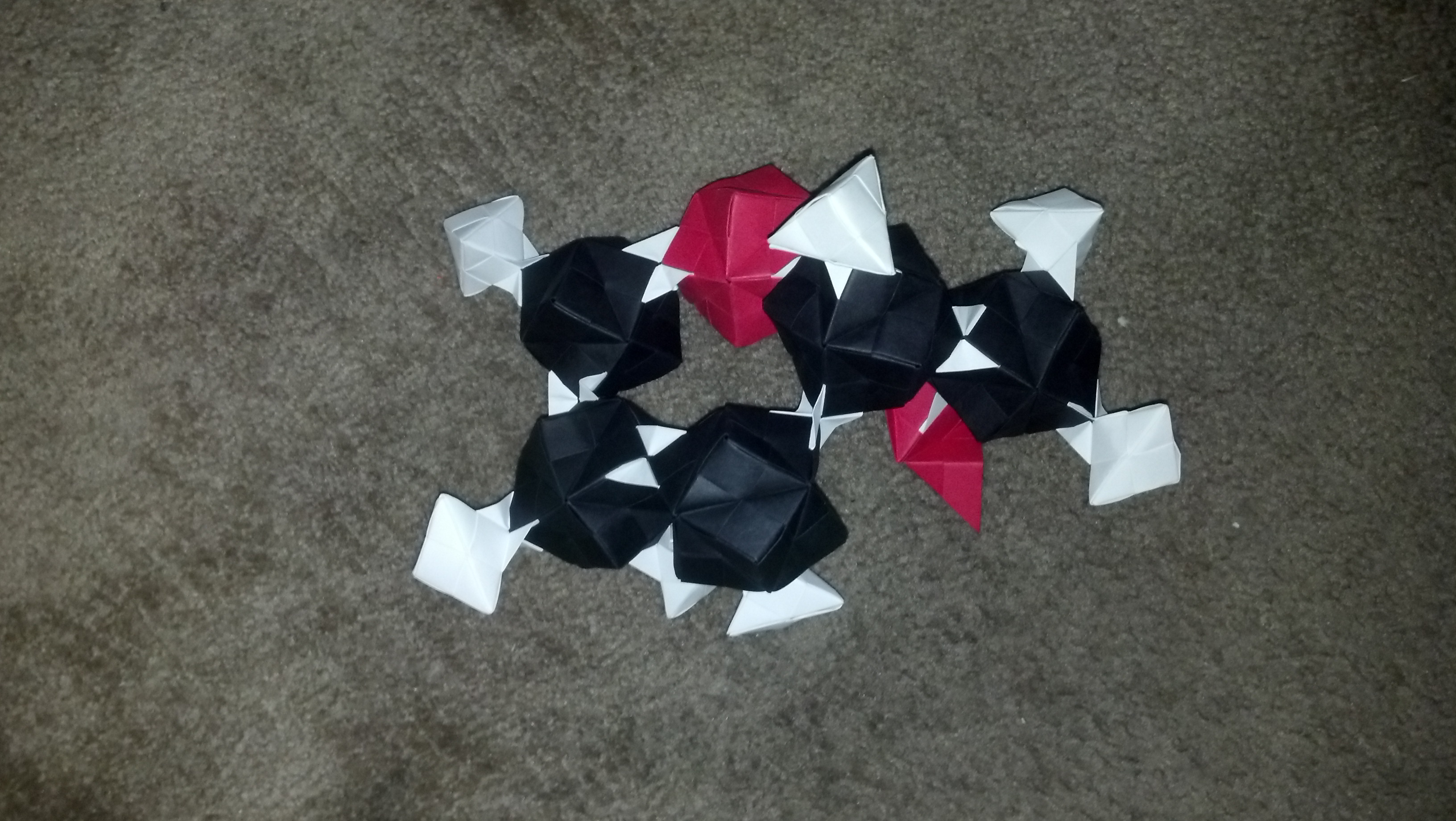 This is the sugar molecule that attaches to each base in a DNA molecule - it's the D in DNA. 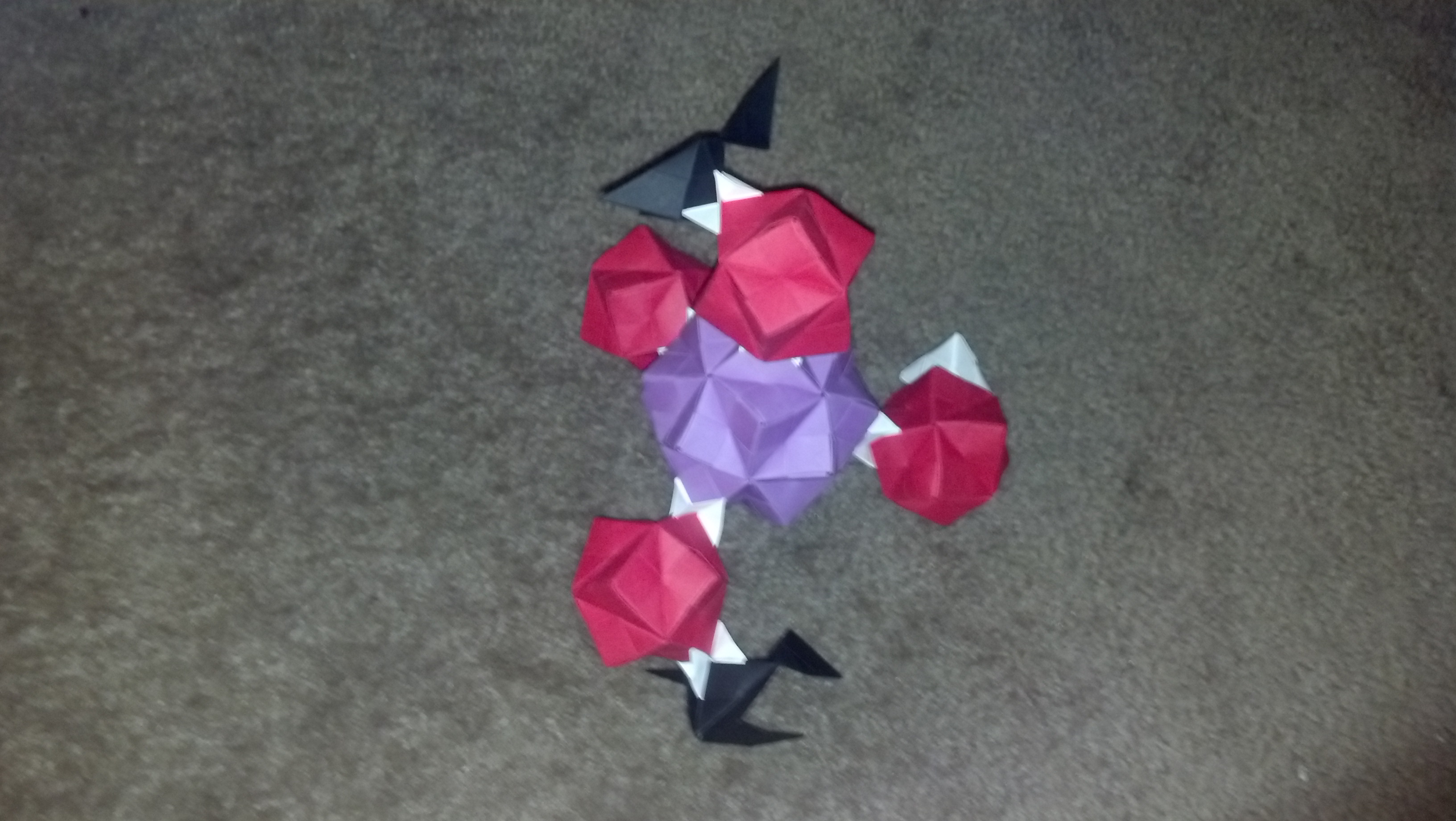 This is the phosphate group that connects two neighboring deoxyribose molecules together in a DNA molecule - the black bits in this photo are where the two sugars connect. 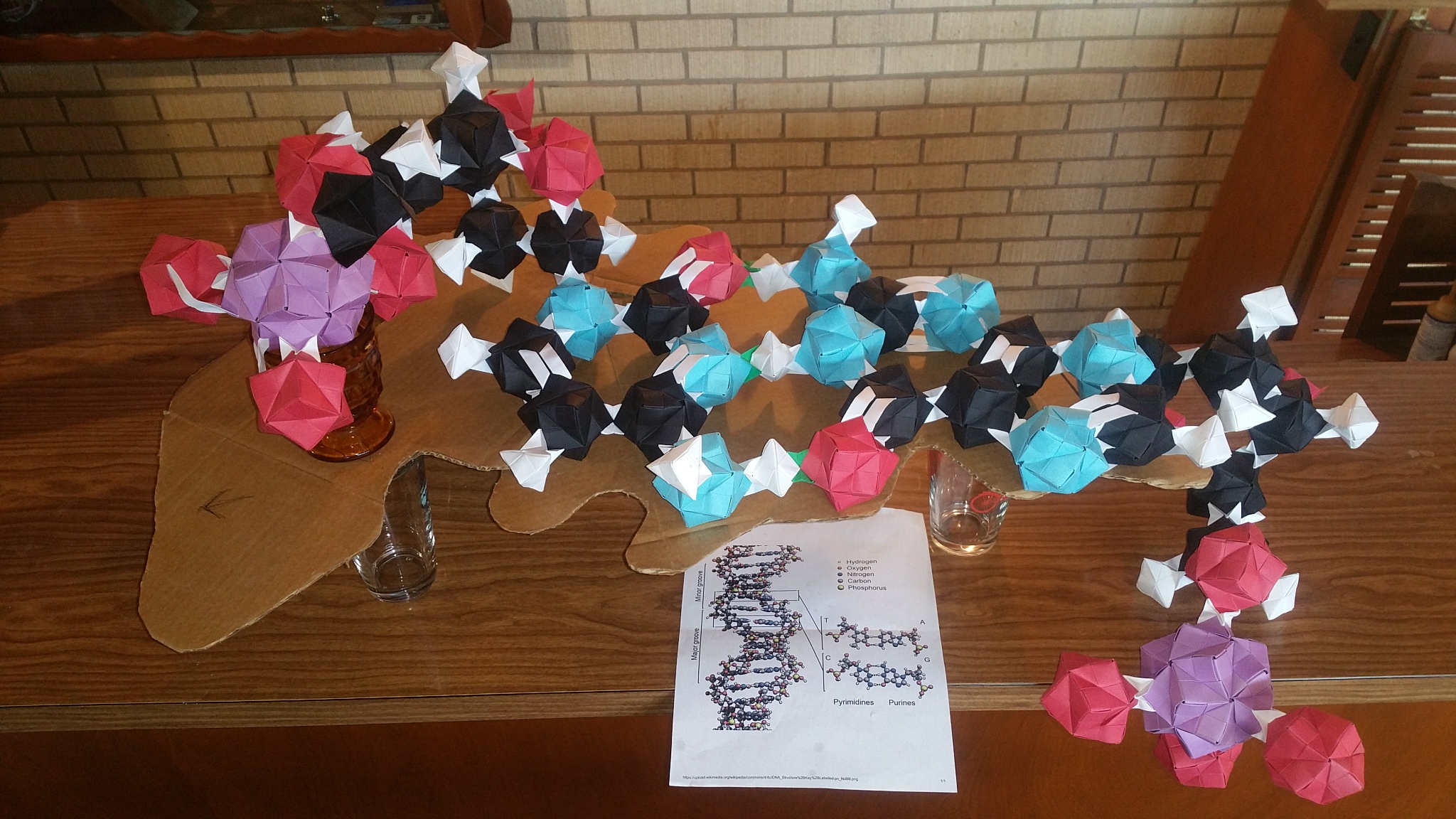 This is one complete base pair (CG) of DofT's Origami DNA project including the sugar-phospate backbone that will ultimately link all the base pairs together. 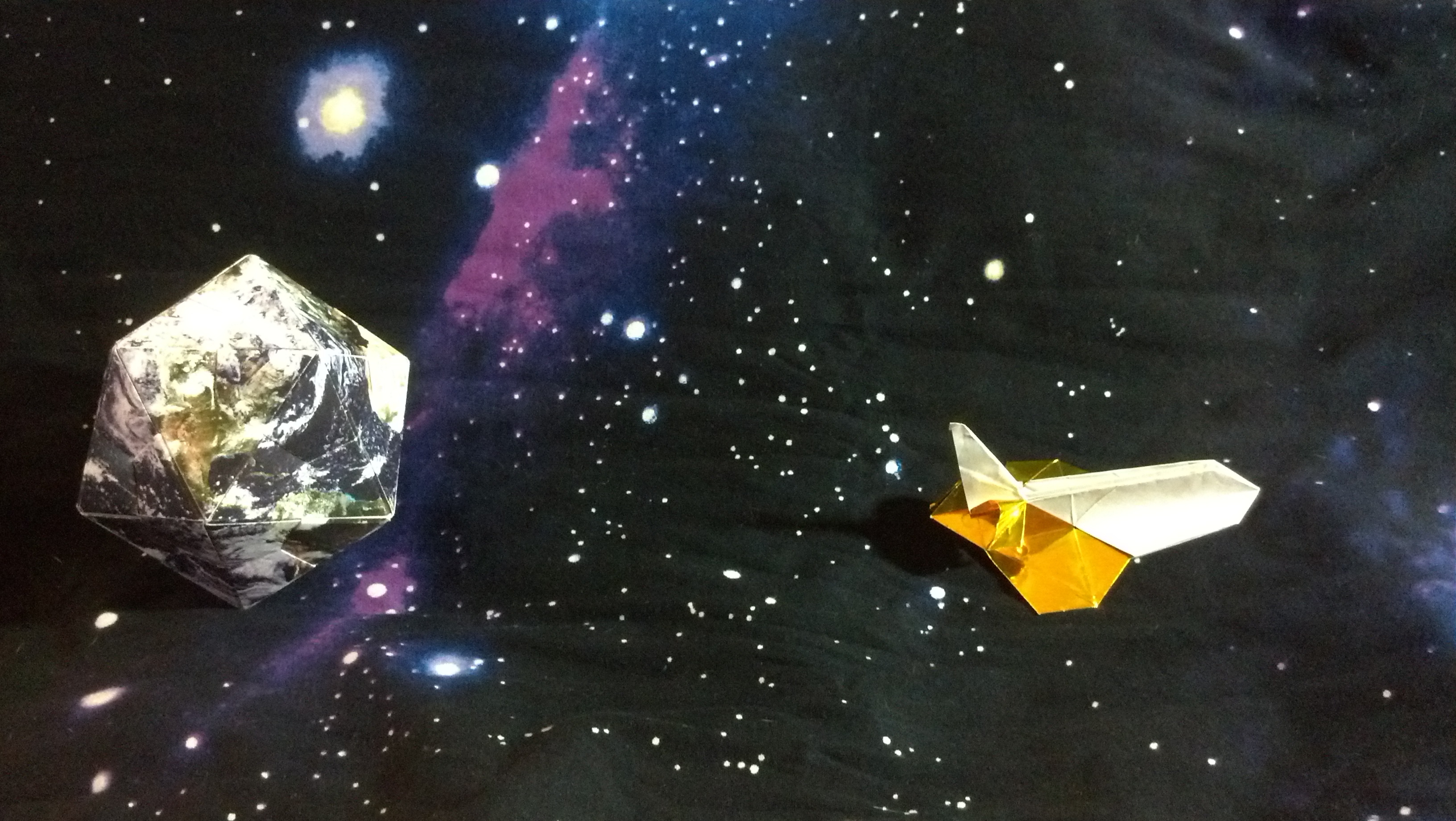 This is one of DofT's origami glboes along with a Space Shuttle designed by Toshikazu Kawasaki. DofT made this scene shortly after the death of and as a tribute to Sally Ride. 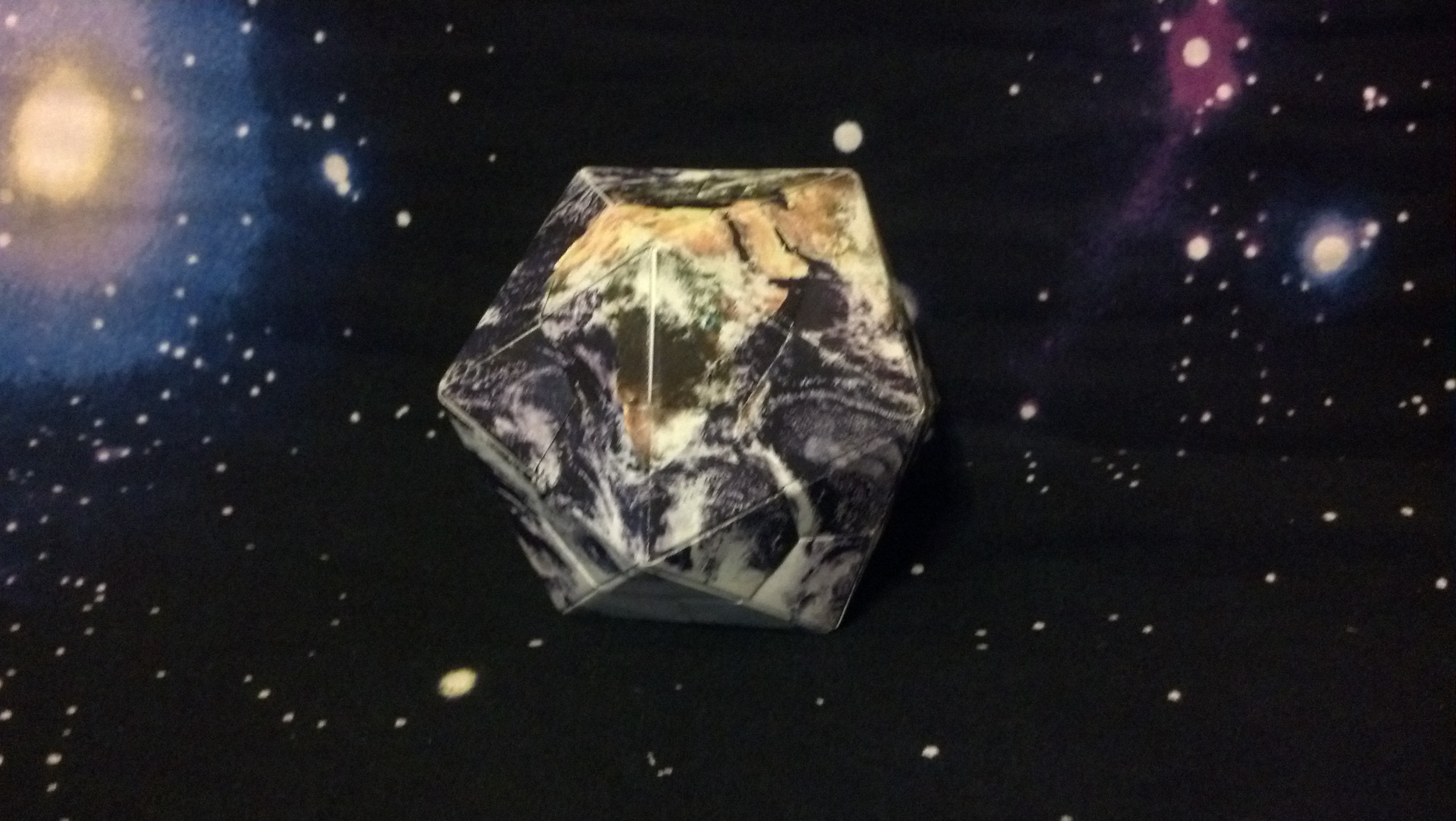 This is DofT's "Blue Marble" origami globe oriented to more or less match the famous Appolo 14 photo. This, and other origami globe kits can be downloaded from the globes page. 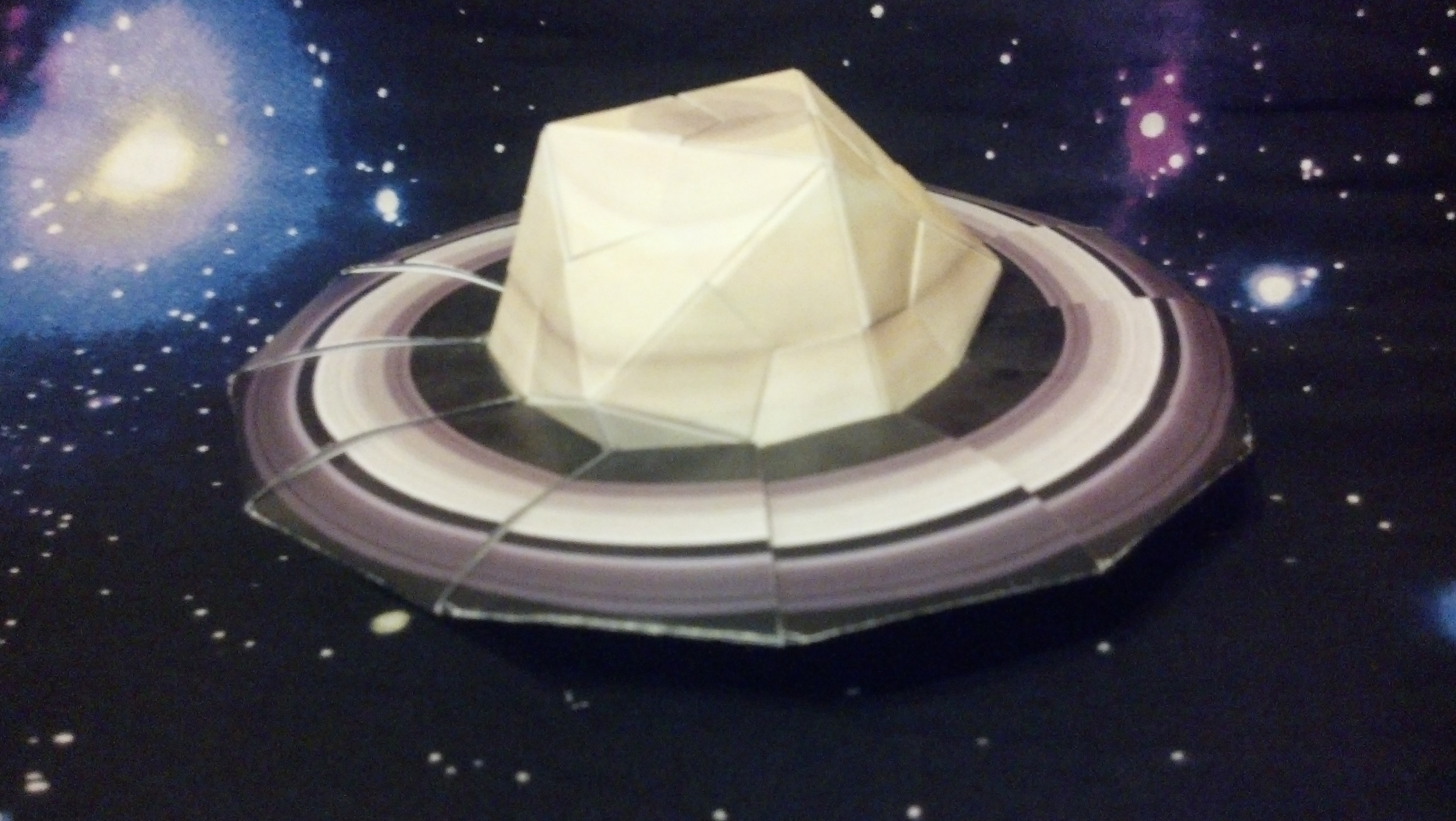 This is DofT's favorite of his origami globes, mostly because of the fun he had figuring out how to add the rings. This is also available to download from the globes page, rings and all.